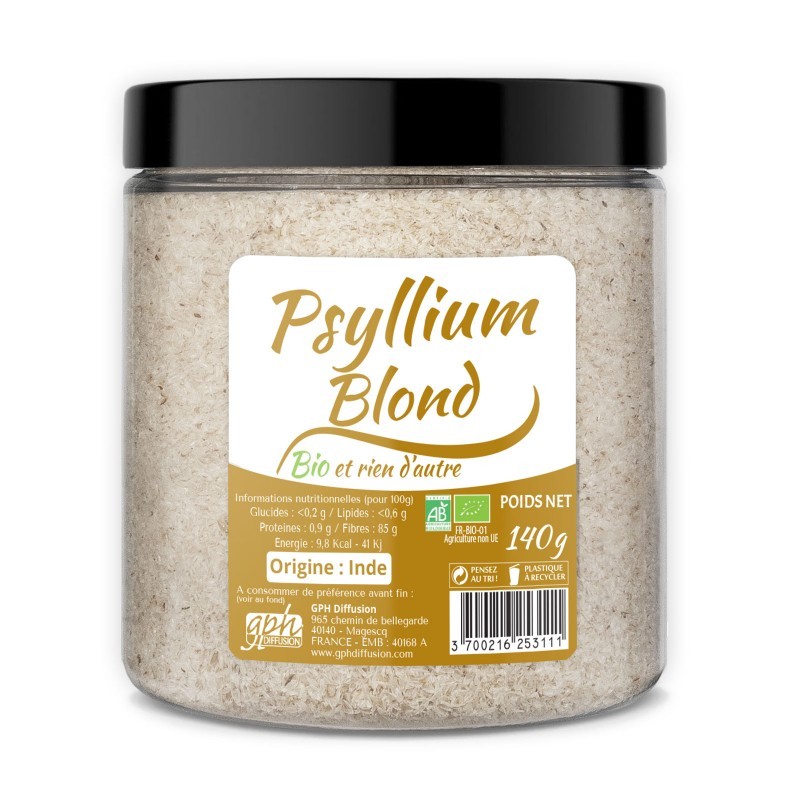 Our organic blond psyllium is ideal for transit disorders. Its powder presentation is easy to dose and suitable for everyone.