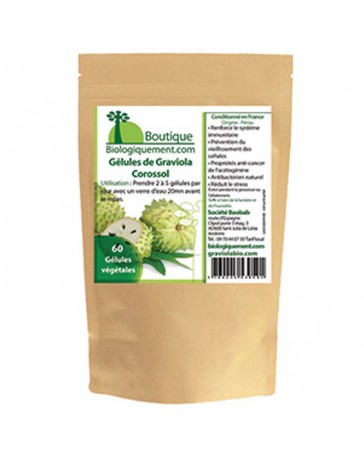 The soursop (annona muricata from its Latin name) is the tree that produces the corrosol also called graviola comes from the depths of the Amazon rainforest. Although relatively unknown in France, American researchers have been interested in it since 1976. The leaves of the soursop tree have powerful active principles such as acetogenin: a phytochemical compound that could destroy cancer cells (according to reports by Jerry MacLaughin from West Lafayette University in 1997 and the National Cancer Institute).

Harvested from wild trees, sorted and then dried in the shade to retain all their benefits, the leaves are then micro-sprayed to be put into capsules. They thus retain all the nutritional assets and their many benefits on digestion, cholesterol, sugar levels, fatigue, stress ...

Take 4 to 6 capsules per day with a large glass of water with meals.

. If you are undergoing chemotherapy, ask your doctor for advice. Some molecules used in chemotherapy can interact with acetogenin present in soursop.

. Do not use in people awaiting a disorder linked to degeneration of nerve cells (such as Parkinson's for example).

. People with diabetes, diet, pregnant and breastfeeding should consult their healthcare professional before any consumption.

. This product is a food supplement which should not replace a varied and balanced diet.

. Keep out of the reach of young children and animals.

. Store away from light, heat and humidity.

. As with any nutritional supplement, consult a healthcare practitioner before consuming if you have any medical condition. 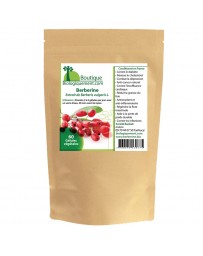 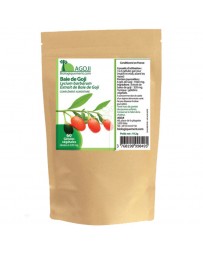 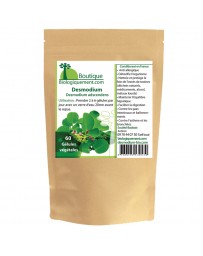 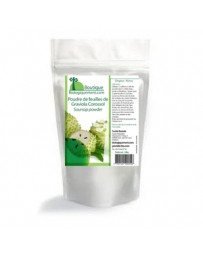 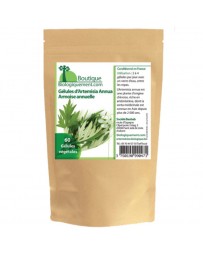 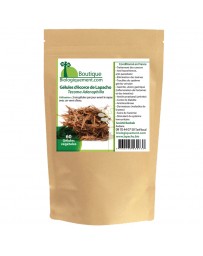 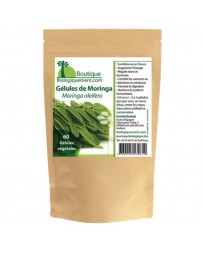 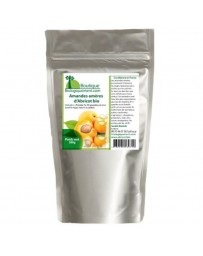 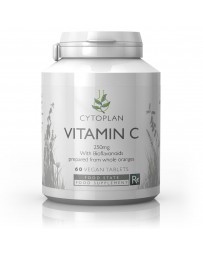